Methods: A total of 21 healthy subjects between 19 and 31 years of age participated in this study. Subjects with a history of hamstring injury within the last 2 years or low back pain in the past 2 months prior to this study were excluded. A within subject case series design was used to examine the effect of moving cupping on hip and knee range of motion and knee flexion power. Prior to treatment, a baseline measurement of hip and knee range of motion and knee flexion isokinetic strength were taken. Hip and knee range of motion was measured passively using the straight leg raise test and popliteal angle with the subjects lying in a supine position. (Figures 1A & 1B) A standard goniometer was used for these measures. Knee flexion power was measured using a Cybex-II Isokinetic Dynamometer. Each subject performed 1 set of 3 maximal voluntary knee flexion contractions with a 3 s rest in between each repetition. Dynamic isokinetic concentric contractions were measured at 60 degrees/second, 90 degrees/second, and 120 degrees/second. Following baseline measurements, all participants received 15 minutes of moving cupping therapy to their dominant posterior lower extremity. Hand pumped vacuum plastic cups were first applied to the skin, and once the suction was applied, the cups were moved in various directions over the soft tissue for a massage-like effect. Immediately following the cupping intervention, the objective measurements were repeated using the same protocol. Once participants completed objective testing, they were asked to complete a questionnaire based on their experience and perceptions of the cupping therapy. A paired samples t-test was used to analyze the differences between pre and post test scores. Questionnaire data were analyzed using a content analysis approach.

Conclusions: Moving cupping therapy may be a beneficial therapeutic technique for increasing hip and knee range of motion, although the musculoskeletal effects may be short term.

IAOM-US Comments: In recent years, the use of cupping as a soft tissue mobilization tool has become increasingly popular among clinicians. For thousands of years, cupping has been used in traditional Chinese medicine for pain relief, inflammatory conditions, physical relaxation, blood disorders, and general physical and mental well-being.1 The negative pressure created inside the dome-shaped cupping tool has been reported to assist in lifting and separating soft tissue structures such as skin, fascia, neural tissues, muscles, ligaments, and tendons, although there are no substantial data to support these claims2 (Figure 2).  Based on their observations and experiences, some clinicians have hypothesized that moving cupping helps improve the soft tissue extensibility of structures such as the iliotibial band and piriformis by helping treat pain, scar tissue, adhesions, and swelling. We know that normal range of motion can be hindered by restrictions in the joint capsule, musculotendinous tissue, scar tissue, muscle spasm or skin and fascial restrictions. These restrictions can decrease overall flexibility, strength, neuromuscular control, endurance, and can lead to persistent pain. Sports performance is often affected by these movement restrictions, as the optimal biomechanics and movement patterns during sports-specific tasks is altered. As clinicians, we ask ourselves, “Is cupping a legitimate treatment technique that I want to add to my “toolbox” of manual therapy techniques?”,and “Is there evidence to support its use?”

If in fact cupping can increase soft tissue mobility, range of motion, and decrease pain, then the clinical usefulness of cupping as a soft tissue mobilization tool seems to make sense. For example, if a sports medicine clinician can utilize easy to perform cupping techniques prior to athletic competition to increase hamstring extensibility, reduce the risk of injury, and enhance sports performance, it stands to reason that it should be considered as a potentially effective tool. The IAOM-US does not view cupping therapy as a stand-alone treatment, and it is wise to consider cupping as a tool to help achieve the desired physiological effects of soft tissue mobilization prior to more specific joint mobilization techniques.

The physiological effects of cupping have been reported to be similar to those seen with massage and thermal therapy.3 The immediate vasodilation effects observed with cupping techniques leads to increased blood flow, which facilitates healing, increased muscle extensibility, increased range of motion, and decreased pain4 (Figure 3). The results of this study by Murray et al. demonstrated a significant increase in hip and knee range of motion following 15 minutes of moving cupping therapy. Although there were only minimal, non-significant differences in knee flexion isokinetic power measurements after receiving cupping therapy, within the elite sports population, these marginal increases in power could still potentially lead to enhanced athletic performance.5

Five main themes emerged from subject’s comments in this study: 1) decreased muscular tension, 2) a sense of relaxation following the cupping procedure, 3) discomfort over “tight” areas, 4) easier movement flexibility, and 5) a positive response towards cupping therapy. The risks associated with cupping therapy are relatively low, and the potential benefits in range of motion and soft tissue extensibility, coupled with the positive response among the subjects in this study, seem to support the use of cupping therapy as a soft tissue mobilization technique prior to joint mobilization, therapeutic exercise, and/or neuromuscular training. Furthermore, cupping may be used prior to athletic competition to enhance range of motion and extensibility, and it may help decrease injury risk and enhance overall performance. We need more research to definitively say to what extent cupping therapy is effective, but for now, its short-term effect as a soft tissue mobilization tool seems to be supported. 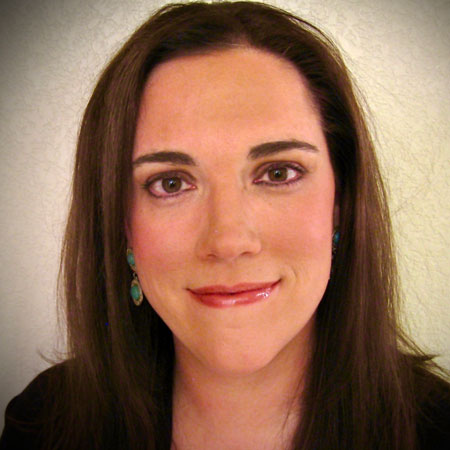 "We Empower You To Recover From Injury As Quickly And Safely As Possible In Order To Optimize Your Function And Maximize Your Athletic Potential."

All information on this website is intended for instruction and informational purposes only. The authors are not responsible for any harm or injury that may result. Significant injury risk is possible if you do not follow due diligence and seek suitable professional advice about your injury. No guarantees of specific results are expressly made or implied on this website.

Ask About A Free
Discovery Session